Last December Misty-Jade surprised me with the most awesome gift I could ever have wished for.  We spent Christmas break visiting Disney World and as always went to Epcot which is my favorite Disney park.  We saw the Shanghai Disneyland display at the China pavilion, and of course I was dreaming of the day we would return, and she could experience China for herself.  After returning to Iowa for her final semester, she called to say she wanted to take me to China as her graduation gift to me!  At the end of May we flew to China for the most incredible three week tour we will never forget.

We arrived in Shanghai late at night and were met by one of our former exchange students who was wonderful in helping us plan our vacation.  Jo took us to the Campanile Hotel near the Jing An Temple and helped to get us checked in.  We didn’t have time to recover from the time change because Jo kept us busy first thing in the morning until late at night for the next two days.  There was just too much to see, and we didn’t want to miss any of it.

Misty-Jade on the Plane Headed to China!

Our Room at the Campanile 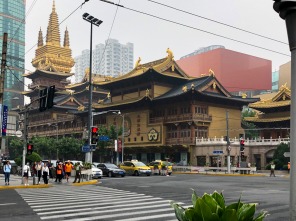 We spent the first morning at the Shanghai History Museum which had some amazing collections and beautiful displays.  I must have taken pictures of everything but of course can’t post them all here.   I’ve included a few that attracted my attention. I was very impressed with the detail of the printing plate and the resulting print it created.  The preciseness of the print is just extraordinary.  There was also a display about Chinese opera and several costumes.  Again the detail is exquisite.  I was also impressed with the tools used to eat crab.  I would never have thought so many utensils would be needed for that task!  One of the last exhibits we saw shows Shanghai as a refuge city for Jewish people during WWII.

I enjoy visiting museums in the US, and most provide excellent exhibits.  However, as is to be expected the same types of pioneer pieces, architecture, or art are found in many of them.  I believe people get used to seeing these items and walk through without looking very deeply at the exhibits.  The Shanghai museum offered new items as well as displays of familiar things, but seeing them from a different cultural perspective was very insightful.   There is so much to see, and I would enjoy visiting again. 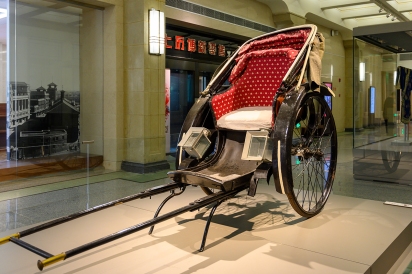 Walking the Streets & The Bund

We did a lot of walking around Shanghai as well as taking the Metro and buses throughout the city.  Shanghai’s transportation system appears to work very well and seems to be easily navigated by everyone.  I always thought New York and LA were large, but Shanghai is gigantic!  Actually it wasn’t until visiting Shanghai that it ever occurred to me that Jo, who lived with us for a school year, must have thought Portland is extremely small without as much to do.

The Bund was one of the places on our list of things to see, so we eventually made it there. 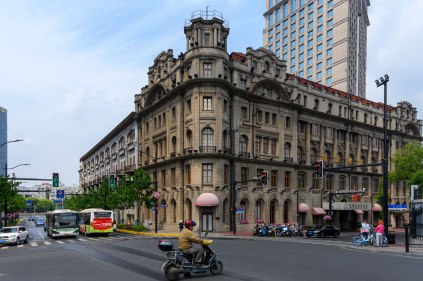 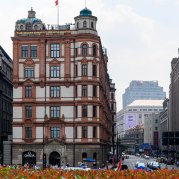 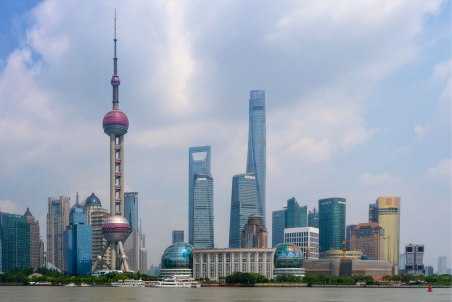 From the Bund we took a ferry across the river and took the elevator up the Shanghai Tower.  I think we landed on the 118th floor and then took the stairs up one more.  The view is incredible.  My only disappointment was the smog covering the city blocking what otherwise would have been a fantastic view.  That being said, China is trying to clean up the air and those who buy environmentally friendly vehicles are rewarded with less taxes on their car’s registration.  Those vehicles can be spotted by their green license plates.  We also found that China is encouraging recycling throughout the country. 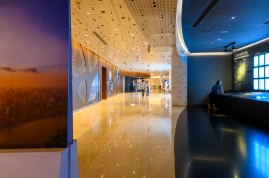 One of the last sites we visited on our first day was the Yu Garden.  I had expected a garden, but discovered it is more of a shopping area.  The buildings were beautiful, and we had a great time exploring the area. 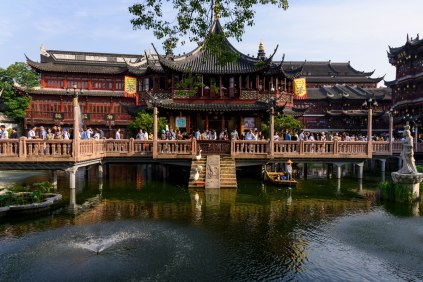 © 2016 – 2019 Pauline Carlson – All Rights Reserved.  Photos and other content may not be reproduced in any manner.